One of the most useful books I have read this year has been “Ten Types of Innovation,” by Larry Keeley. It points out that while the process of launching new products can be considered an innovative activity, your product and its performance metrics are merely one aspect of innovation. It’s necessary to not only inspect the entire product lifecycle, but to shift your focus to some of the more unassuming silos of your business (customer engagement, or brand for example) while measuring your success.

Let’s take look at this list of innovation types for more examples on where your organization might innovate:

As you can see above, all 10 types of innovation relate to your product but are not direct attributes of it. Areas such as your “Network” or “Customer Engagement” can be enhanced to improve your product’s effectiveness, though the results of your efforts may not be entirely realized the moment a change is made to those areas. Implementing innovation tactics in any industry can be a difficult balancing act. Bring too many new products and features to the market and you may soon find that your customers are confused and unsure of how to respond. Conversely, not supplying enough change to a stagnant market may very well put your company out of business.

In this article, we will delve into how the ten innovation types relate to the product development lifecycle, and why you may want to follow in the example of companies who have successfully employed this framework.

One is Not Enough

The most important lesson one can glean from this book is that the commitment to only one type of innovation is never enough.

A perfect example of this is misstep can be seen in the practices of pharmaceutical companies between the years of 2000 and 2010. We understand that within this period, corporations stuck to “Product Performance” innovation by pouring their large budgets into manufacturing new and exciting drugs. In the early part of the 21st century, it was standard practice to send individual representatives to doctors to pitch drugs, and new products. At some point in early 2010, it became clear that it was not going to be sustainable to produce a new drug every other month, and that the market was quickly shifting towards purchasing the more affordable generic drugs. Sensing industry upheaval, these pharmaceutical companies pivoted and shifted to innovate in by “Process” and “Channel.” They found ways to manufacture the same drugs at a lower upfront cost and build digital interfaces between physicians and patients.

A series of partnerships between pharma companies were formed (an example of the “Network” innovation type), which led to the creation of online resources for physicians and patients. It was only at this point that these companies began seeing gains in revenues once more.

Clearly, pharmaceutical companies realized the potentially crippling effect of relying on only one type of innovation to drive product sales. Through their actions, they demonstrated that the market favours a company which leverages multiple innovation types.

Gillette and their sale of razors serve as a great example of successfully employing multiple innovation types. Originally established as a premium product, the company soon learned that they could make more money by selling the handles at cost, and marking up the replacement razor packs (“Profit Model”). In this paradigm, users would be driven to buy the handle with a sample of blades at a lower cost, then buy the high cost replacement razors later when they ran out. This strategy turned out to be a huge success and many other companies adopted similar models after seeing it in action.

Can you think of a way to leverage these tactics in your own business?

Another similar story comes from Sony Entertainment of America, who utilized not only the “Profit Model” and “Product Performance”, but also the “Product System” with their PlayStation 3. Consoles were sold at a large cost to Sony, given the high price of Blu-Ray disc technology at the time. However, their product filled a niche as one of the least expensive standalone Blu-Ray players on the market at the time. This worked in Sony’s favour, as households (many of whom didn’t even play video games) began adopting the PS3 as their standalone Blu-Ray player. Sony eventually recouped costs with sales of their marked-up video games.

Before attempting to innovate, it is very important to establish a clear goal, identifying which areas you would like to innovate in, and tying this to an “ambition level”. Different levels of ambition are available to any company when progressing with a new product launch. You must distinguish between “changing the known”, “changing the boundaries”, or “changing the game.”

An excellent example of a clear innovation goal can be summarized by John F. Kennedy’s quote referencing taking a man to the moon:

“First, I believe that this nation should commit itself to achieving the goal, before this decade is out, of landing a man on the moon and returning him safely to the earth.”

This is a clearly measured statement, with a challenge to America to complete a seemingly impossible feat in space travel. Even more importantly, this statement includes a time limit so that there is some pressure to reach the goal. If your organization can leverage something similar when creating a new product, you will be in a good position to outpace industry norms and become an innovative player in the market.

Start by assessing your current business model, a specific platform you’ve seen becoming stale, and some ways to interact with the 10 types of innovation. If you’d like to start analyzing your business for the best ways to innovate, consider the following:

That wraps up the principles of the 10 types of innovation. We hope you were able to follow along easily as we broke it down and are inspired to explore how they apply to your business.

Looking to innovate your technology team’s organization skills? Take a look at “3 Powerful Structures to Organize Your Technology Team.”

Thomas Rautenbach, Architect
Thomas Rautenbach has over 20 years of diverse systems experience with a strong focus on system and integration architecture and software design and development. He has detailed technical, functional and system knowledge across the SAP technology platform, including extensive experience with the Finance, Supply Chain, Sales and Distribution, and Human Resources modules.


*Note that these are only a sampling of the innovation tactics you can use. Check out the book for more examples!* 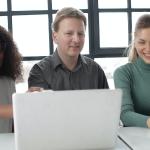 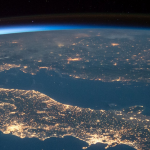 Pangaea: What’s Behind the NameUncategorized